In part, referenced from: the Medical Cannabis Guidebook by Jeff Ditchfield

In 1972, Archaeologists discovered pottery decorated with hemp cord on the island of Taiwan that suggests that Cannabis was being used since around 8000 BC, making it the earliest recorded use of Cannabis to date.  Prior to this discovery, the earliest known use and cultivation of Cannabis was believed to have been in China.
Known in China as ‘Ma’, Cannabis (hemp) was cultivated, both for its nutritional seed and also for the stem’s fibre, which was used for making rope and clothing.  Such was its popularity and usefulness that it was the second most important agricultural crop in China.

Around 2800 BC the Chinese Emperor Shen-Nung was experimenting with medicines and earning his title of the father of Chinese Medicine.  His knowledge was passed down the generations by word of mouth until the first century AD when his work was included in the medical text ‘Pen-tsao Ching’, including the first written record of the therapeutic use of cannabis.

This text correctly identified the flowering tops of cannabis plants (Ma-fen) as the most useful and potent in making medicines and recommended cannabis for the treatment of ailments such as menstrual fatigue, fevers, arthritis, malaria and also as an analgesic for pain relief. 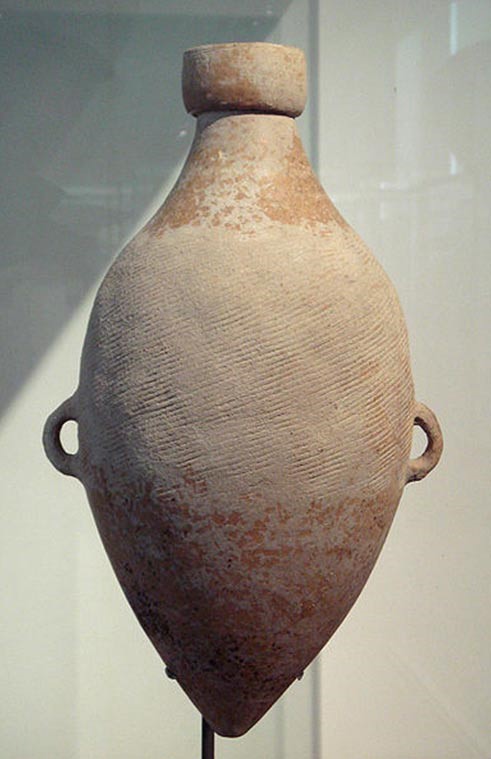 Further afield, in Egypt, there was evidence that Cannabis was being used medicinally, as a fumigant, a salve, and also as a suppository, as early as the 16th century BC.  Four of the main ancient Egyptian texts are: Ramesseum III Papyrus (1700 BC); Ebers Papyrus (circa. 1500 BC); Berlin Papyrus; (1300 BC) and the Chester Beatty Medical Papyrus VI (1300 BC).  Each of these papyruses have positively identified that Cannabis was being used to great benefit. 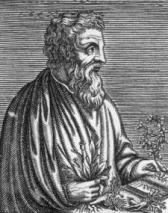 The use of Cannabis was not just restricted to China; Greek physician and botanist Pedanius Dioscorides wrote about a plant; Cannabis Sativa L., (from the Greek word Kannabis) in his publication, Materia Medica, where he described the plant as being useful in the manufacture of rope, and also reported that the juice of the seeds was effective in the treatment of earaches, as well as for diminishing sexual desire.

Translated and published throughout the world, Dioscorides’ Materia Medica was used as a medical reference resource up until the 16th Century, and was the precursor to modern pharmacopoeias.  It remains one of the most influential herbalist books ever produced.

The latest research indicates that cannabis has been utilised in Europe from much earlier than at first thought. Studies by Tengwen Long and Pavel Tarasov of the Free University of Berlin, Germany have identified trends and patterns in prehistoric cannabis use. They report that:
“Central Eurasia’s Yamnaya people – thought to be one of the three key tribes that founded European civilisation ­– dispersed eastwards at this time and are thought to have spread cannabis, and possibly its psychoactive use, throughout Eurasia.
The pollen, fruit and fibres of cannabis have been turning up in Eurasian archaeological digs for decades”

Their studies suggest that cannabis entered the archaeological record of Japan and Eastern Europe at almost exactly the same time, between about 11,500 and 10,200 years ago, Tengwen Long states:
“The cannabis plant seems to have been distributed widely from as early as 10,000 years ago, or even earlier”

The very first law concerning cannabis to be enacted in the America’s was at Jamestown Colony, Virginia in 1619. Far from prohibiting cannabis, the law stated that all farmers were “ordered” to grow Indian hemp seed.
The U.S. Census of 1850 records 8,327 cannabis plantations in excess of 2,000 acres, all producing cannabis hemp for cloth, canvas and rope. Cannabis first appeared in the U.S. Pharmacopoeia in 1851 (3rd edition) and until prohibition was introduced, cannabis was the primary treatment for over 100 separate illnesses and diseases. By the time the 12th edition of the Pharmacopeia was published, cannabis had been officially removed and its use in medical research had been halted” 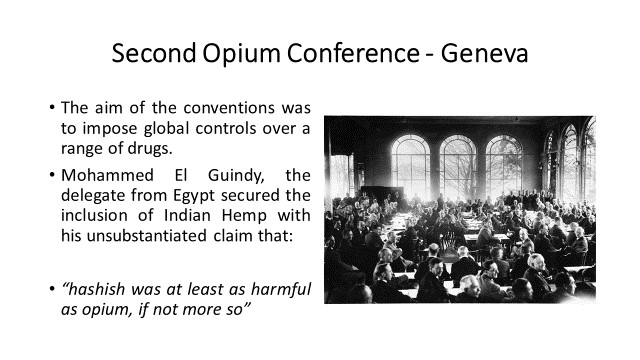 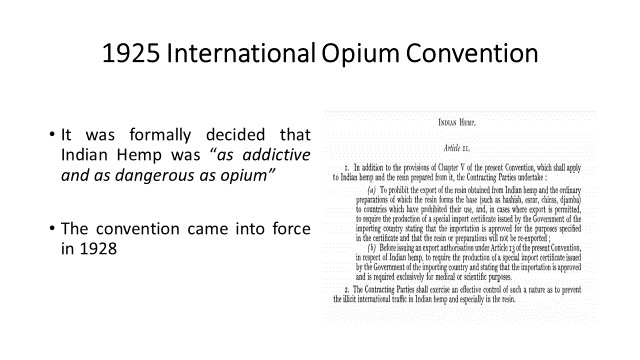 In the 1930s, the U.S. Federal government backed the campaign of Harry Anslinger and his newly formed Bureau of Narcotics. Anslinger was a corrupt, racist bigot who in order to build up his new organization sought to generate fear of cannabis use through propaganda and lies.

Anslinger created nationwide concern over a problem that did not exist by demonizing cannabis (marijuana) through spurious tales of crime, violence and insanity. The Bureau of Narcotics promoted what they called the “Gore Files”; wild “reefer madness” tales of murder, violence, loose morals and the effects cannabis had on the “degenerate races”, which cynically exploited the endemic racism that was prevalent at the time. By associating marijuana use with ethnic minorities Anslinger ensured that the majority of white Americans would be sympathetic to any planned prohibition. The following quotes are from Anslinger’s “Gore Files” 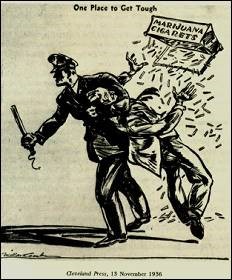 “There are 100,000 total marijuana smokers in the U.S., and most are Negroes, Hispanics, Filipinos, and entertainers. Their Satanic music, jazz, and swing, result from marijuana use. This marijuana causes white women to seek sexual relations with Negroes, entertainers, and any others.” 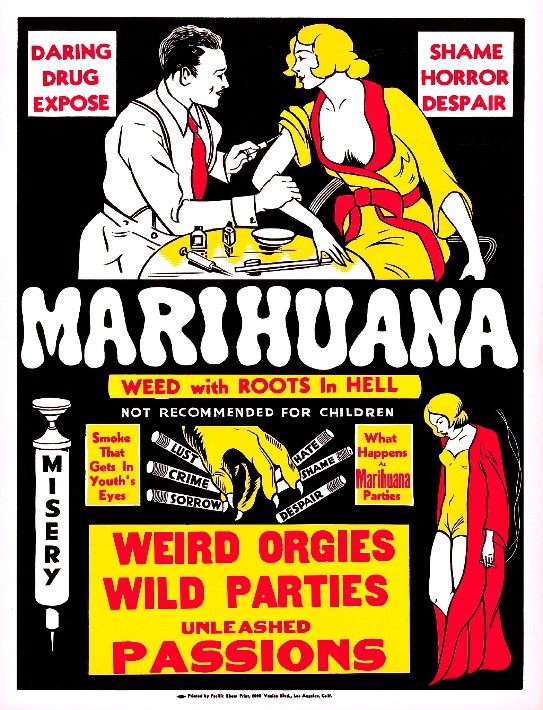 “You smoke a joint and you’re likely to kill your brother.”

“Marijuana is the most violence-causing drug in the history of mankind.”

“Three fourths of the crimes of violence in this country today are committed by dope slaves, that is a matter of cold record.”

The Bureau of Narcotics had a powerful and willing ally in the media mogul William Randolph Hearst, who had invested heavily in the timber industry to support his chain of national newspapers. To Hearst, hemp paper was unwanted competition and he readily published lurid anti-cannabis propaganda from the Bureau’s “Gore Files”, printing headlines such as:
“Marihuana makes fiends of boys in thirty days – Hashish goads users to bloodlust.”

“Marihuana influenced negroes to look at white people in the eye, step on white men’s shadows, and look at a white woman twice.”

“Marihuana is responsible for the raping of white women by crazed negroes.” 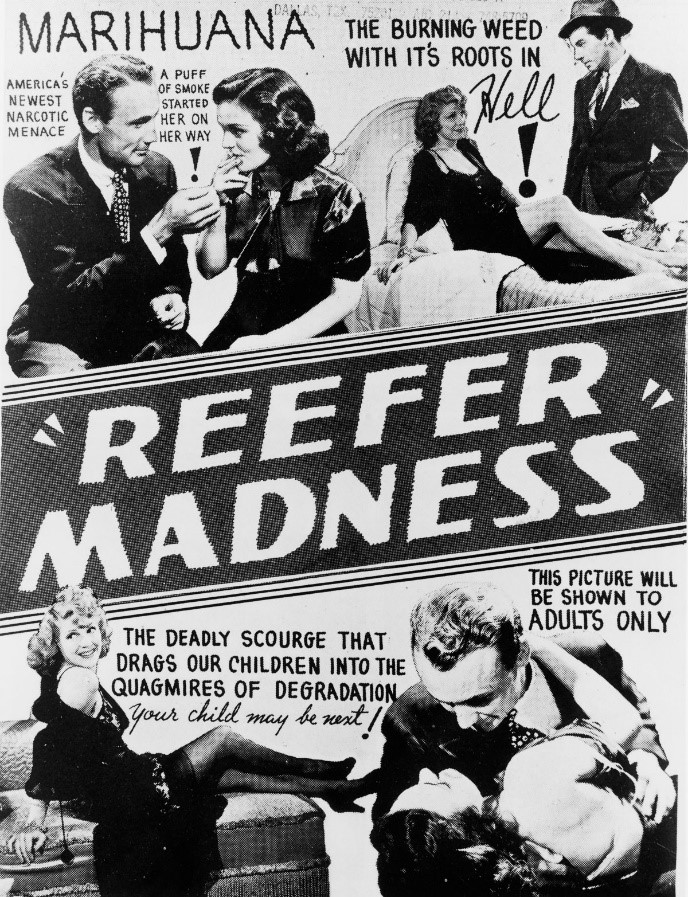 In 1937 Anslinger presented to Congress his Marijuana Tax Act, the bill was passed after very little discussion and cannabis was effectively prohibited. Most people did not realise that the ‘evil marijuana drug’ that was referred to in the tax act was in fact the cannabis plant that had been so essential to the early settlers. 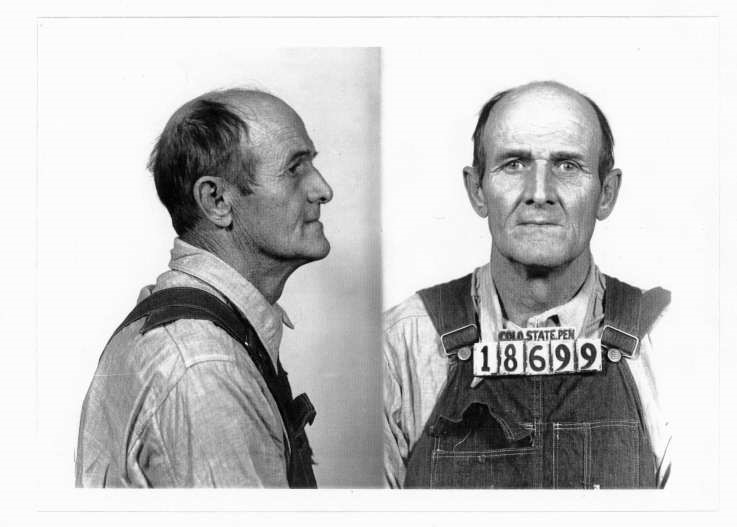 Samuel R. Caldwell was the first person convicted of selling cannabis under the Marijuana Tax Act of 1937. On the very day the Marijuana Tax Stamp Act was enacted on October 2nd, the FBI and Denver police raided the Lexington Hotel and arrested Mr Caldwell, 58, and his customer.

Today, there is renewed interest in the medical use of cannabis, with numerous respected doctors and scientists researching its many and varied indicators. A study sponsored by the State of California, conducted by the University of California Centre for Medicinal Cannabis Research, and published in The Open Neurology Journal (September 2012), concluded that cannabis provides much-needed relief to chronic pain sufferers and that more clinical trials are desperately needed:
“The classification of marijuana as a Schedule I drug as well as the continuing controversy as to whether or not cannabis is of medical value are obstacles to medical progress in this area…”
“Based on evidence currently available the Schedule I classification is not tenable; it is not accurate that cannabis has no medical value, or that information on safety is lacking. It is true cannabis has some abuse potential, but its profile more closely resembles drugs in Schedule III. The continuing conflict between scientific evidence and political ideology will hopefully be reconciled in a judicious manner”

Hopefully, one day soon, cannabis prohibition will be consigned to history.