Founded in 2002 by Jeff Ditchfield, Bud Buddies is a non-profit organisation. The original founding aim has been expanded on over the years, however, the original mission, is still very much a core belief.

Mission: To, assist, educate and empower.
Here, in his own words, Jeff explains his motivation for founding the organisation:
“Back in 2000, a close friend of mine suffering with MS was robbed at knifepoint attempting to buy some cannabis to treat her condition. The incident had a very profound effect on her and I was appalled that she had to experience something like this attempting to obtain (as she calls it) her special medicine.
For a short while I was deeply shocked, but my shock turned to anger and I have since devoted my life to fighting cannabis prohibition and assisting seriously ill people.
In order to help my friend, I decided to grow some cannabis and back then there weren’t many cultivation books around so I decided to teach myself how to cultivate cannabis.
I discovered that I seemed to have a natural instinct when it came to cannabis horticulture and pretty soon I was not only assisting my friend but many of her MS suffering friends also.
It soon became apparent that I would never be able to keep up with the demand so in 2002 I founded the Bud Buddies organisation and for many years BB supplied cannabis and cannabis preparations to seriously ill and disabled people throughout the UK.”

History
Rhyl, a small rundown seaside town in North Wales seems like a strange choice of location for Wales’ first private members’ cannabis club and medical cannabis dispensary but it was the town chosen by Jeff Ditchfield to open the ‘Beggars Belief’. Jeff opened the doors in 2003, initially sparking curiosity from the local community, the curiosity was soon translated into great local support. It was from this establishment that Bud Buddies would operate for the next four years, providing people with an opportunity to obtain and consume cannabis in a safe environment.

However, safety is contextual. After what had happened to his friend, Jeff wanted to create a safe environment for people to consume cannabis and in the private ‘members only area’ at the ‘Beggars Belief’ they could do that. Actually, the only risk to the members and their safe environment was North Wales police.

Police raid:
After being raided on opening day, Jeff was charged with four counts of “intent to supply cannabis” to an MS patient and the authorities took the case very seriously as he was tried at Court number one, Chester Crown Court, the same court where Moors Murderers Myra Hindley and Ian Brady faced trial.

After two days of legal argument, Jeff successfully argued that he should be allowed to use the defence of “necessity” also known as “duress of circumstances”.
Jeff spent two days in the witness box being questioned, and after a four-day trial the jury returned a unanimous verdict of “not guilty”.

Live broadcast from the Beggars Belief, Rhyl
However, the Crown Prosecution Service did not agree with the Jury’s verdict so they drew the case to the attention of the Attorney General who referred the case to the Court of Appeal. It took the three Appeal Judges over two years to rule that the trial Judge had erred (in law) and they ruled that there was no defence in UK law for supplying cannabis to people to relieve their symptoms.
After the ruling Mr. Ditchfield was undeterred and responded:

“Bud Buddies will not tolerate the most vulnerable people in society being forced to rely on unsuitable prescription drugs or have contact with criminal gangs who supply overpriced, poor quality cannabis”
In 2007, Jeff was again on trial at Crown Court on nine cannabis charges relating to medical use and due to the Court of Appeal ruling in this case he was denied the use of the defense of “necessity” and at this trial the Judge informed the Jury that there was “no defense” to supplying cannabis (even on) medical grounds.
On the final day of the trial the majority of North Wales police CID sat in the public gallery to hear the trial Judge say that he was requesting a pre-sentence report and the CID officers were visibly agitated and disappointed when the Judge announced that he was not considering a custodial sentence. Jeff was found guilty on eight of the nine charges and he was sentenced to 300 hours of ‘community service’.
All was not lost however; North Wales police had only fueled the fire of the Bud Buddies organisation and in 2007 BB transferred their R & D to Spain, where they are still operating today.
The move to Spain allowed BB access to laboratory testing and they embraced this as can be seen in their wide range of cannabinoid preparations. Bud Buddies have expanded their range of standardised (dosage) products into a diverse portfolio of cannabinoid based treatments, from topical preparations and suppositories, to capsules, tinctures and Nabiximols.
Although, at the time it was deemed necessary to give the impression that BB had moved “lock, stock and barrel” to Spain it was actually only the administration and the R & D that was transferred. In the UK North Wales police had made it very clear that they would not stop pursuing Bud Buddies members and the organisation responded by going “underground”. BB continued to practically assist seriously ill people until 2011 when a new course of direction was forced upon them, due to increasing demand they made the decision to assist mainly cancer sufferers.

And since 2014 they have had to prioritize their scant resources to assisting the parents of seriously ill children.

Today
Bud Buddies are operating in Spain, the Caribbean and they are still active in the UK.

UK
This year we supported an initiative for the formation of an independent charity to raise funding for cannabinoid research, unfortunately the Charity Commission rejected the application.
“Their reason for rejecting the application, as explained in a typically long-winded letter, can be broken down into two equally baffling parts: firstly, the Charity Commission claim, the formation of the ICRF wouldn’t be in the public’s best interest. Secondly, cannabis is illegal, and therefore – according to the Charity Commission – any activities undertaken by the ICRF would necessarily be political in nature, and would therefore fall outside of the remit of a charity”
Read the full story: Here
Currently in the UK we are assisting the parents of seriously ill children and we are mentoring cancer sufferers in self-sufficiency
We are also assisting and advising member clubs of www.ukcsc.co.uk with medicinal issues.

Spain
The Bud Buddies operation has thrived in Spain, without the threat of prosecution and a sensible judicial system, we have gone from strength to strength. 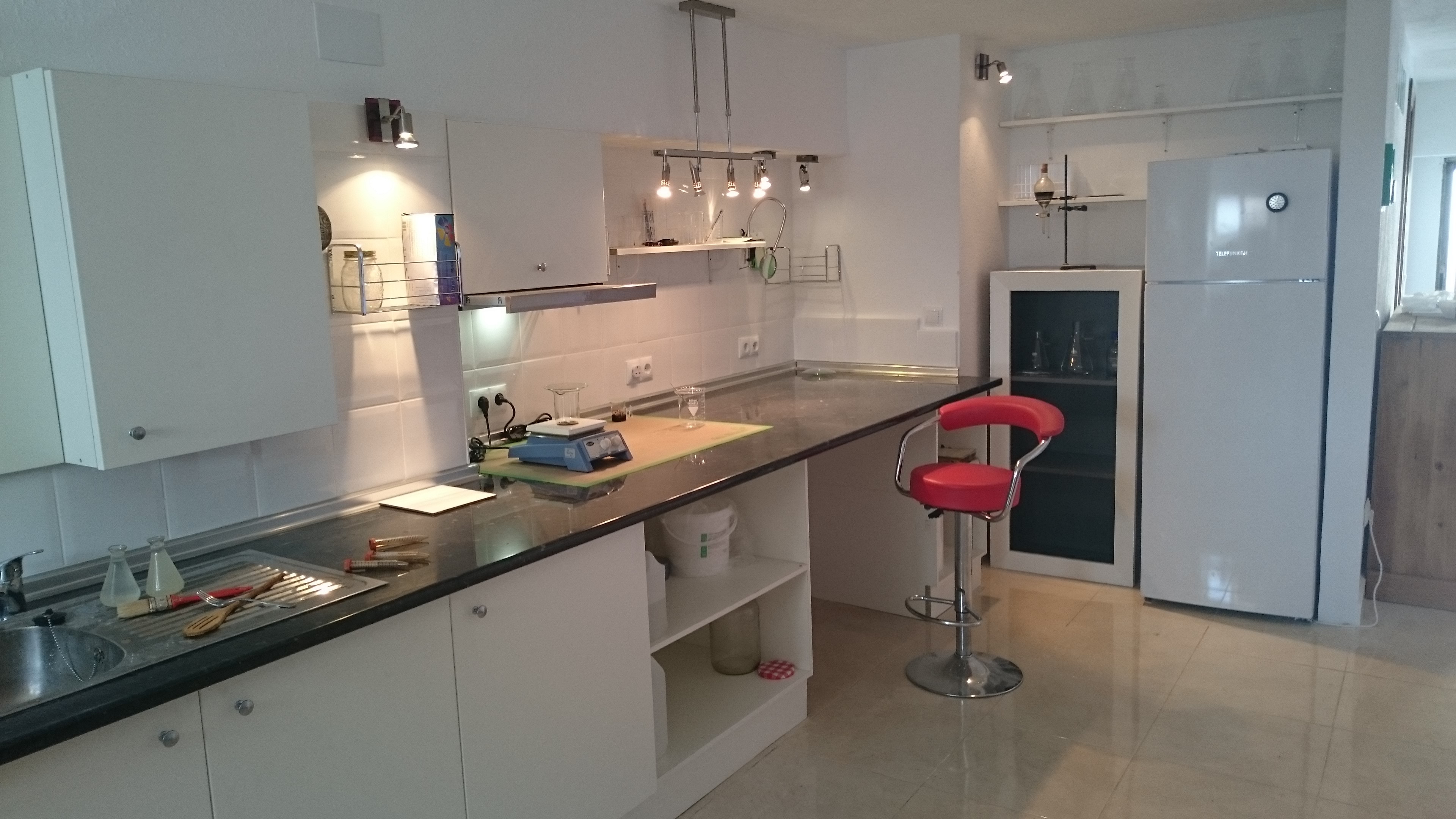 In 2015 Bud Buddies raised €35,000 (US $40,000) to conduct a study to determine which are more effective as anti-cancer agents, whole plant extracts? Or individual or synthetic cannabinoids?

The study is being conducted by Dr Guillermo Velasco at Madrid Complutense University. 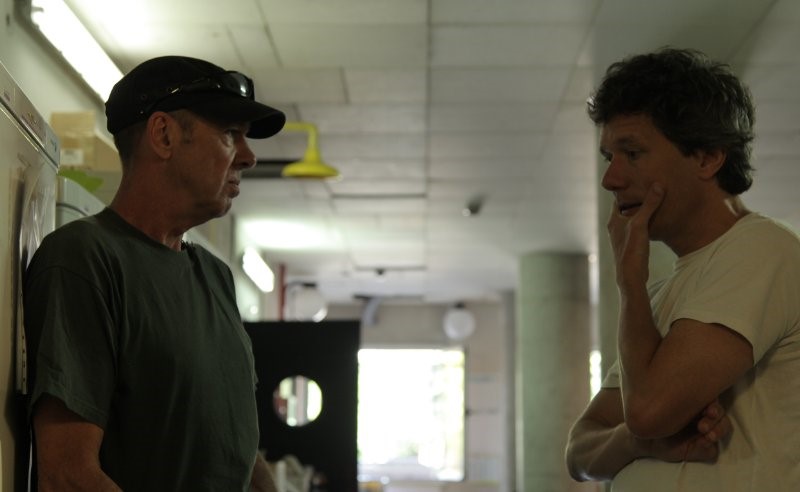 Located in central Madrid, Spain, The Complutense University of Madrid (established in 1293) is a public research university and is one of the oldest Universities in the world. In conjunction with the University, Jeff Ditchfield will be conducting research into the anti-cancer properties of cannabinoids in a series of experiments commencing in the autumn of 2016.

We have teamed up with the Caribbean Cannabis College, which comprises of a well-motivated and well connected group of young people who operate as a not for profit company incorporated and based in Kingston, Jamaica. Their primary objectives (like ours) are to “educate and empower” via a series of interesting and innovative campaigns, seminars and outreach programs.
Bud Buddies are assisting and supporting the CCC in their transition to a charitable foundation.

SVG
We are also assisting the Cannabinoid Research Group, based in Kingston, Saint Vincent and the Grenadines.