What are the different varieties of cannabis?

For the past 40 years, the conventional view has been that there are 4 distinct varieties of cannabis plant, namely: cannabis Indica, cannabis Sativa and cannabis Ruderalis. The fourth classification is given to what is now referred to as Hemp, this is the name given to low producing THC cannabis plants which are grown commercially for their seeds, oil and fibre.

This variety originated from the mountainous regions of Central Asia. Local strains were collected from Kashmir, Pakistan, Northern India and Nepal during the early 1960’s and these native plants became the gene pool for many of today’s varieties. They are characteristically stocky and hardy plants that produce broad, maple like leaves and rarely reach heights in excess of 2m (7ft) outdoors, producing dense, tight flowers.

Sativa varieties originate from equatorial regions and can reach heights in excess of 15 feet (4.5m)
They are easily identified by their thin, slender, spiky leaves.

Cannabis Sativa varieties are sort after for their high THC content and the associated profound and uplifting experience, a total contrast to the more sedative effects of Indica strains.
Cannabis Ruderalis
This is a debated third variety of cannabis found in Russia, Poland, and other eastern European countries, Ruderalis varieties do not require a photo-period to induce flowering. 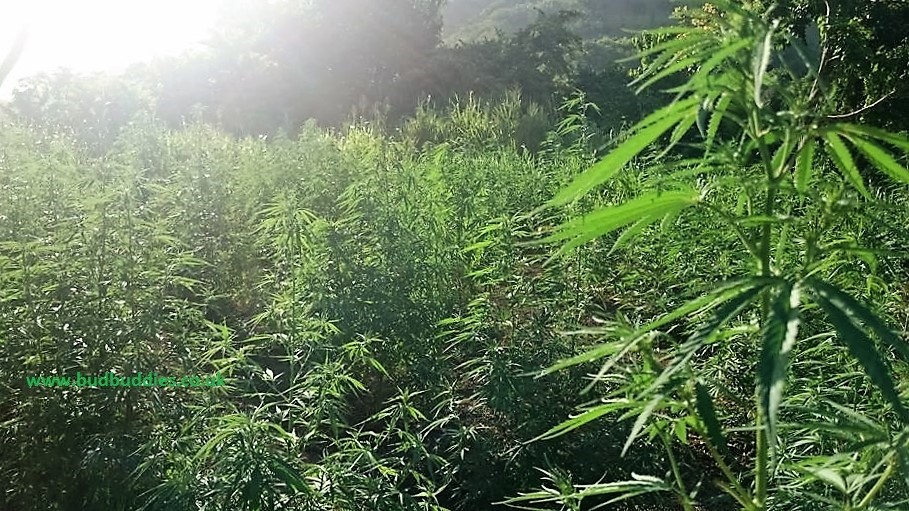 The above definitions are mainly due to the work of Richard Schultes, who categorised the varieties in his cannabis taxonomy in the 1970’s, however, it seems that he was in error.
From O’Shaughnessy’s:

“McPartland was the first researcher to look at the genetic markers on the three subspecies of cannabis using the plant’s genome to conclusively identify where it originated. He also proved conclusively that they are all the same species, just different subspecies.  As it turns out, cannabis Sativa should have been identified as cannabis Indica, because it originated in India (hence indica) and cannabis Indica should have been identified as cannabis Afghanica, because it actually originated in Afghanistan. Finally, it seems that cannabis Ruderalis is actually what people mean when they refer to cannabis Sativa”

It has been determined by using “DNA barcodes” that cannabis Indica and cannabis Sativa are not separate species, they are both subspecies, separate varieties of one cannabis species.
McPartland traced the confusion that prevails today among cannabis breeders to the 1970s, when botanist Richard Evans Schultes incorrectly identified cannabis Afghanica as cannabis Indica.