Cannabis Alcohol Tincture Referenced from: The Medical Cannabis Guidebook: The definitive guide to using and growing medicinal marijuana by Jeff Ditchfield - Available from Amazon inctures of cannabis have been made for hundreds of years and they...
Learn More.

Cancer is referred to medically as a malignant neoplasm, cancer is a broad term, covering a range of various diseases (around 200 in total), all of which involve unregulated cell growth.
Cannabis oil has been shown to be effective in fighting even the most aggressive of cancers.

History of medical Cannabis In part, referenced from: the Medical Cannabis Guidebook by Jeff Ditchfield n 1972, Archaeologists discovered pottery decorated with hemp cord on the island of Taiwan that suggests that Cannabis was being used since...
Learn More.

No! Hemp seed oil is extracted from the seeds (by pressing) of the female cannabis hemp plant, the oil extracted is very nutritious, e.g. it contains twice the levels of omega 3 found in olive oil and has half the calories. However, hemp seed oil does not contain any...
Learn More.

Cannabis Oil Testing and Consumer Protection n a jurisdiction where cannabis is prohibited by law there is little if any protection for the cannabis consumer. To protect people from poor practise and contaminated cannabis products the laboratory...
Learn More.

This is one of our favourite quick cannabis edible medibles at Bud Buddies
Edible medible is quite a mouthful but so are these delicious cakes.

If (Marijuana) were unknown, it’s discovery would no doubt be hailed as a medical breakthrough. Scientists would praise it’s potential for treating everything from pain to cancer and marvel at its rich pharmacopoeia; many of whose chemicals mimic vital molecules in the human body”

Guide to Cannabis Oil and Solvents

Guide to Cannabis Oil and solvents In part, referenced from: The Medical Cannabis Guidebook by Jeff Ditchfield annabis oils are highly concentrated extracts, they are usually made by adding cannabis plant material to a solvent, after the solvent...
Learn More.

Citicoline, a natural supplement In part, referenced from: The Medical Cannabis Guidebook by Jeff Ditchfield ven low levels of THC can be psychoactive and for some people this can be an unwanted side effect and psycho-activity is obviously...
Learn More.

Medical Cannabis Legal Issues In part, referenced from: The Medical Cannabis Guidebook by Jeff Ditchfield ndividuals requiring cannabis medicinally are some of the most vulnerable in society and the very people that the law is supposed to protect....
Learn More.

To assist, educate and empower. 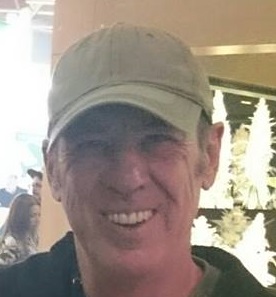 Founded in 2002 by Jeff Ditchfield, Bud Buddies is a non-profit organisation. The original founding aim has been expanded on over the years, however the original mission, is still very much a core belief.
Here, in his own words Jeff explains his motivation for founding the organisation:
“Back in 2000, a close friend of mine suffering with MS was robbed at knifepoint attempting to buy some cannabis to treat her condition. The incident had a very profound effect on her and I was appalled that she had to experience something like this attempting to obtain (as she calls it) her special medicine.
For a short while I was deeply shocked but my shock turned to anger and I have since devoted my life to fighting cannabis prohibition and assisting seriously ill people.
In order to help my friend, I decided to grow some cannabis and back then there weren’t many cultivation books around so I decided to teach myself how to cultivate cannabis. read more

Bud Buddies Project Storm
In April 2013 this film set out to investigate the increasing number of claims that cannabis oil can treat cancer. This has been done through the lives of terminal cancer patients living in the UK.
It includes contributions from world leading research labs, the pharmaceutical industry and an illegal medical organisation that produces and provides cannabis oil to cancer patients.
This film is an objective investigation in to the potential role cannabis can play as part of an integrated and open minded approach to oncology.

This Morning Interview with Callie and Deryn Blackwell
At the age of ten, Deryn Blackwell was diagnosed with leukaemia. Two years later he developed another rare form of cancer called Langerhans cell sarcoma, making him one in seven billion. After four unsuccessful bone marrow transplants, he was moved to a children’s hospice where he began to plan his funeral.
But despite being given just days to live, somehow Deryn battled his way back from the brink as his body began to produce white blood cells – it was nothing short of a miracle.

Deryn’s desperate mother Callie is finally ready to reveal an untold secret – she credits Deryn’s amazing fight back to full health to medicinal cannabis and hopes to stimulate debate and medical research into the treatment.

BBC Three Documentary “Dying For Weed”
Imagine that you, or someone you love, is seriously ill and the doctors have told you there’s nothing more they can do. Would you just accept that or would you do everything in your power to fight it?

It’s the question Jeff Ditchfield faces every day, after committing his life to delivering medicinal cannabis in the form of cannabinoid oils, free of charge, to seriously ill people around the UK. There’s a serious demand for it, with a reported 1.1 million people across Britain currently breaking the law to combat chronic pain.